PUA vs. Being Natural

A seducer and a PUA are not the same thing. There is more than a semantic difference; it’s about two completely different and opposing mindsets. The age of the Pick Up Artist is dying, as men who want real internal change are seeing the unsatisfying results of lines, fake personalities and ego gratification.

The transformation you go through as a man internally is much more meaningful and fruitful than just seducing women. So that only leaves you with what option? Yes, you’re right. You. Your natural self is the most attractive thing to a woman. Men in the normal world, hide their flaws, their opinions and their sexuality.

PUA’s present a stylized and compensatory front, Natural seducers bare all. There is this amazing saying I heard somewhere that goes “Women are attracted to your rough spots”. This means exactly that what is most attractive about you is both what is loved by many and not accepted by many. Let’s take a further look into why being natural is more challenging than memorizing lines but your best route to attracting the most desirable women who love you for you.
The most appealing parts that you can show a woman are the parts that most people don’t see. Not your cock you nasty fuckers (although later you will), but the raw aspects that really define your character.

I met a woman in the nightclub and she said, “What is your favorite movie?” Now, my favorite at the time was Frozen. I had a choice in that moment to guess what I thought she wanted to hear to make me appear alpha or to just give the Disney truth. Of course I took the truth. And something beautiful happened. She said “Oh my god I love that movie. I love Olaf”. And we both hugged and kissed. Now, I’m an open-relationship with this woman and we have watched Frozen numerous times together.

I was on a date with an L’ Oreal makeup artist and she was a very classy woman. Well dressed and wanted chivalry from me the whole night. As we are on the date she says, “Now, tell me some words to describe you?” So, as I’m saying words I say, “I’m sexual” and say a few more. I end she goes “Why would say your sexual on the first date with someone? It’s a bit awkward.” I said, “Well, I’m just being honest”. Guessing her reply to me saying that, you know where the date ended up. We never spoke again after that day.

So, I had the choice in both instances to give a part that I thought was more PUAish or what I thought she wanted to hear, or just plainly give her the truth of who I am. Both women reacted strongly to my truth. The first became more attracted the second was completely turned off. Those are the responses you want. To have the majority of women you talk to like you is not your aim. No seducer is 100% or anywhere close to that, nor should they be trying to be. If 90% of women you talk to like you (in a generic way), you’re not showing them exactly who you are. Show exactly who you are, your true desire without apology. Then, watch how the tide turns. 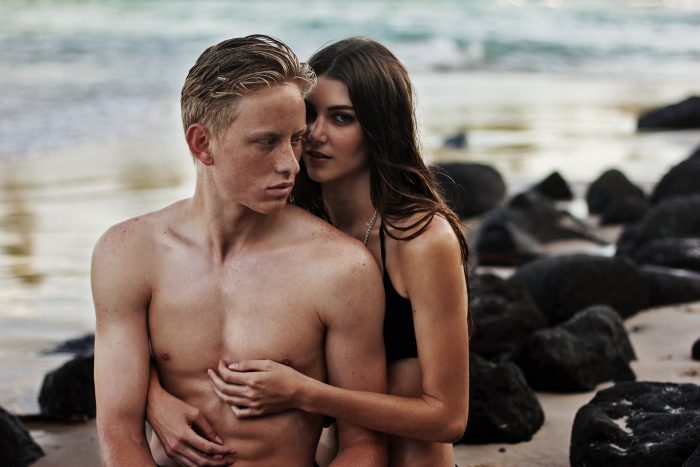 PUA’s follow what they’re “supposed to do” based on rigid external ideas while Naturals follow their truth, desire and integrity. Put a PUA in a club and he will try to seduce the hottest women in the room. He will be so attached to his image of getting that hot girl that he will diminish his integrity, put him in his head and as a result he’s unlikely to get her. Put a Natural in the club and he will seduce the women who he best matches up with. The hottest girl in the club is not the pinnacle woman. She is just another woman who still needs to be qualified and engaged with on a deep level, to see if you’re right for each other. The Natural may still approach her; walk up to her with presence, integrity, and truth and speak to her. He will be qualifying her to see if she’s a cool girl and worthy to see again, just like he does to all women. If so, great. If not, he will simply move on. Men get so caught up on achieving that super-hot girl in the club that they forget about what is amazing for the soul. Of course allow your instant attraction to lead you to whoever you want but operate the same way as if you would with a woman who is cute.I hope this clears up the mindset difference between being Natural and being a “PUA”.

The pursuit of beauty solely to boost your ego will in the long run be a hollow journey and ironically you’ll get much hotter, incredible women by first becoming clear of what real standards are important to you. So, start now. Be completely natural by showing women who you are exactly, vulnerabilities, quirks and all. You can either build a mask and armor based on a false Pick Up Artist identity or act through your exact and natural self, while continuing to develop yourself into the ideal man you wish to be. The choice is yours. Until next, my fellow seducers.

Learning Seduction is not Optional (Video)