Sometimes when you’re ready to ask a girl out, it can feel like all of this pressure has been building up until this one single moment.
Part of you is expecting that it’s not going to go as planned. As though hearing her say “sure, here’s my number” seems almost too easy.

Why Getting A Number Isn’t Always Your Best Option

Sometimes when you’re ready to ask a girl out, it can feel like all of this pressure has been building up until this one single moment.

Part of you is expecting that it’s not going to go as planned. As though hearing her say “sure, here’s my number” seems almost too easy.

Knowing Where You Stand

If you’ve been out approaching women you’ve likely heard a lot of different responses from women when you ask them out.

Sometimes they might tell you they don’t give their number out to random strangers.

But really, those two are your best options.

Anything beyond that is a depressing decline into the stark realization that this girl has absolutely no interest in seeing you again. I’m talking about her offer to let you follow her on Instagram. Or maybe snapchat.

Or the worst of the worst, swapping email addresses.

“Sure, I’ll take your email address! It’s not like my well thought out and articulate email is going to get lost in a tide of spam, sale announcements and other internet flotsam!”.

So if we boil it down to either Facebook or a phone number, which is best?

At first instinct you might say phone number, because it’s more personal, right? She could have over a thousand Facebook friends, but it’s unlikely she has 1,000+ phone contacts.

Then again, to make the assumption that her giving you her number means that she likes you more doesn’t necessarily mean it’s the best way to go. 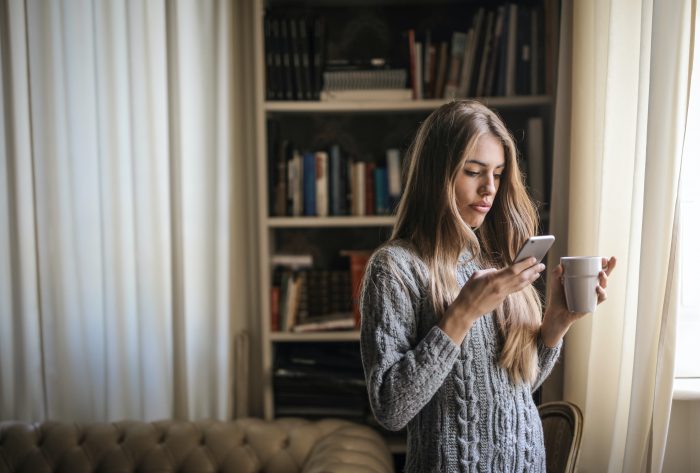 See, the variable here is always going to be her preference for how people contact her.

Perhaps she just hates giving out her number because she’s had bad experiences in the past.

Maybe she wants your Facebook because it’s easier to block you if things go south.

Or it’s possible that she doesn’t even have a phone number in the country she’s in because she’s traveling.

But what you can control is how you put your best foot forward.

When you’re approaching women you seldom have 15 minutes to stand there and get to know each other. In this context, a number would seem more appropriate because something has been established.

However if you’ve only been talking for 3-4 minutes and then swap numbers, you’re relying on text and emoji’s to rekindle the spark that led her to giving you her number.

This can lead to a lot of flakes and disappointments, which is very common for beginners to deal with. In my online course, the Dating Accelerator, I teach practical ways for beginners to leave a lasting impact on the women that they meet so that they’re more likely to meet up with her again. You can find out more information by clicking here.

In comparison to swapping numbers, Facebook presents her with a rundown of what kind of guy you are, from your pictures to your updates to everything in between.

This is where swapping Facebook profiles shines. If you’ve taken the time to upload some decent photos, and give the overall impression that you lead an interesting life, you’ll spike some curiosity in her to at least take a chance on you.

Ultimately you need to be out there taking action. I wouldn’t worry about fine tuning your Facebook profile until you’re actually at the stage where you’re approaching and asking out a lot of women.

How Meditation Saved My Life

How To Approach A Group Of Girls