Ever Feel Like You’re Not Good Enough For Women?

For whatever reason, a lot of guys believe that they don’t deserve what they desire. Maybe it’s women, or maybe it’s money, or success, or happiness.

Imagine what it would be like if you felt like you were entitled to the woman of your dreams.

I mean truly, like you really deserved her and not once, even for a second, doubted that you were worthy of her.

How would you speak to her? Touch her? Look at her?

What thoughts would run through your head? How would it affect the other areas of your life, work, family, interacting with other women?

I think for most guys they aspire to reach a point one day when they really do feel like they deserve that woman. The smart ones recognize they need to do a lot of work on themselves if they’re ever going to get there. The rest delude themselves into thinking they’re already there…

But for now, it’s likely that you’re carrying around some kind of limiting belief about women which is holding you back.

After being a dating coach for over 10 years I can safely say that every man has at least one limiting belief, and they vary widely.

Some guys think that women won’t like them because they’re not tall enough.

Others think they need to have more of something…money…status…looks.

Occasionally I coach guys who are from certain racial backgrounds that feel leaves them at a disadvantage with women.

Yet these can all be summed up in a single belief, which may vary semantically, but is thematically singular.

For whatever reason, guys believe that they don’t deserve what they desire. Maybe it's women, or maybe it's money, or success, or happiness.

After some deduction it can seem that this belief is very black and white. The opposite of “I’m not worthy” is, one may assume “I am worthy”.

Yet does that mean there are some men out there who are completely deluding themselves 100% of the time into thinking that they deserve the best of everything no matter what? I mean, maybe there are, but I’d easily slot them into the sociopath/psychopath category, because they’d be completely blind to any and all external feedback from the world.

If you’re on the side of feeling completely unworthy, that’s going to reflect in your day to day life: how you walk, talk, interact with people, even how you view your future and set goals.

But moving out of that space doesn’t have to mean fooling yourself into thinking that everything is perfect and that you’re the greatest thing to ever grace the earth, because you’re not, and never will be.

Instead, what if you shifted the slider over a little? What if you started thinking like those guys out there who, for the most part, save for the hard times in their lives, generally felt and believed they were worthy of the women they desired? 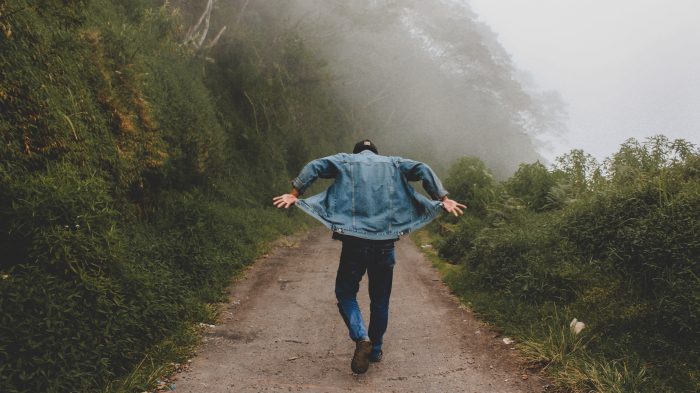 Defining The Meaning Of Rejection

Let’s take approaching as an example. When guys first start out on workshops they’re often hyper aware of the mistakes they’re making. They instantly interpret their ‘bad approaches’ or ‘rejections’ as failure, as though they have done something wrong, or more accurately, that it is a reflection of some deep and dark flaw within them.

And yeah, often times there is room for improvement when it comes to their approaching and seduction skills, which is the value of coaching. Having experts there who have been through what you’re experiencing and can guide you to improve. If you’re in need of some tips to get started, I’ve put together a 3 week beginners course called the Dating Accelerator. By the end of the course you’ll know all of the basic nuts and bolts you need to start approaching women in your day to day life, including what to say as an opener, how to structure conversations, and getting her phone number. You can learn more by clicking here.

But even the way they interpret it can be changed. If a woman rejects you, it doesn't always have to mean that you’re unworthy of her. Maybe she just broke up with her boyfriend. Or maybe her cat died. Or maybe the barista gave her regular milk instead of soy milk and she’s had terrible gas all morning (might make you reconsider a date with that hot Russian model you approached…)

Who knows? The important thing is that it doesn’t necessarily have to mean something about you.

So start thinking about the negative beliefs you have about yourself, or about women, or even the world. What is the opposite of that belief?

Write down how a person would walk, talk, behave and operate in the world. Then try on some of those behaviours or attitudes for the day. Notice how people treat you, and notice how you feel about your life in general. The results will surely surprise you.